Any Action is better than no Action! - Global Pacific Capital Ltd
16897
post-template-default,single,single-post,postid-16897,single-format-standard,ajax_fade,page_not_loaded,,qode-title-hidden,qode_grid_1300,qode-theme-ver-16.7,qode-theme-bridge,wpb-js-composer js-comp-ver-6.8.0,vc_responsive 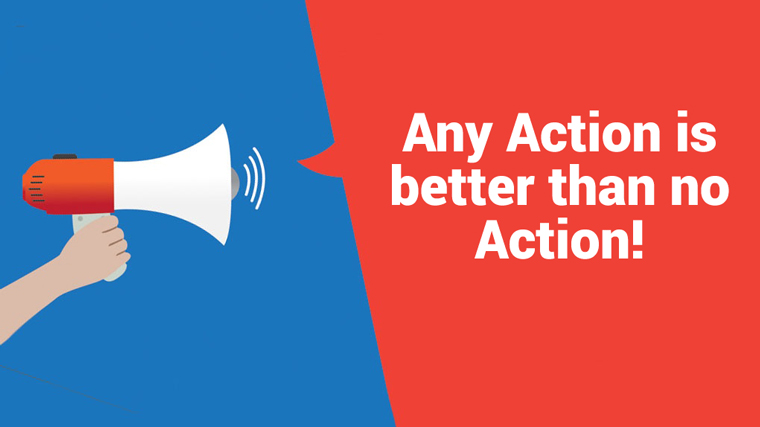 19 Nov Any Action is better than no Action!

“Action is a great restorer and builder of confidence. Inaction is not only the result, but the cause, of fear. – Perhaps the action you take will be successful, perhaps different actions or adjustments will have to follow. But any action is better than no action at all “

As we wind up towards the end of another calendar year, we can look at an economy that statistically is humming along, but could have done much better, with business confidence levels still remaining very low, albeit with some skepticism that the confidence surveys may have political bias against the current coalition government.

With so much conflicting data out there presently as to how bad the NZ economic outlook really is, let alone the continued Global uncertainty regarding the US-China trade war and Brexit risks and with market expectations heavily weighted towards a further rate cut in the OCR, the Reserve Bank Governor Adrian Orr chose last week, in line with the recent FED decision, not to loosen any further for the time being our monetary policy. To many this was another “surprise” following on from the 50-point interest rate cut back in August.” Economic developments since the August statement do not warrant a change to the already stimulatory monetary setting at this time”.

Whilst not specifically mentioned  by Adrian Orr, the recent  Fed rational to halting any further US$  loosening was supported by their belief that the US-China trade war and Brexit risks have receded within the last two months with 10 year US Bonds having steadily increased from record lows set in July 2016.This,they stated, amounts to a marked shift in sentiment at a time when fears about a Global recession, including in America, whose economy is still in relatively good shape- are rife.

I was reading some figures around the Canadian economy, it has maintained it’s cash rate at 1.75% for the eighth quarter, and with the US Fed having dropped its rates by 0.25% recently as predicted, this is the highest central bank rate in the industrialised world. Money markets see chances of an interest rate cut from Canada’s central bank this year at less than 25%. In their view their economy is running well- inflation is at around 2,0%, GDP growth is running at between 1.5%- 2.0%, and jobs growth is at healthy levels, with their housing market starting to stir to life after a cooler period.

Compare this to New Zealand, inflation is running at  1.5 %, whilst GDP growth has slowed from over 3.0% to 2.4% for the year to June 2019, unemployment is still tracking at historically low levels, and it appears that NZ’s housing market is starting to spring to life, with most agents reporting a large upswing in numbers through open homes and sales enquiry’s, and the latest statistics indicating a price rise across NZ of 2.4% for the August/September months and subsequent record new listings in October, with indications of a further Auckland house-price boom just around the corner. The figures reflect this Country’s central bank trying to stimulate a statistically healthy economy that is weighed down by a pessimistic business community, and a focus on perceived Global risks, which are changing on a weekly basis.

The fact is that we are now bombarded 24/7 with Global news, it was only a couple of weeks ago that the attack on Saudi Arabia’s largest oil installation had the World’s supplies at risk and some local economist’s stating that the price of petrol was going to jump to over $3.00 per litre. This in turn had an instant effect on the value of the NZ dollar, the share market and business sentiment. This all turned out to be a drastic over reaction, as the effects lasted for about a week, but it did show the power of the media and their ability to sensationalise the effects of World events, plus certain parties looking to increase their profile by coming up with extreme results. It is funny how these experts don’t follow up with further commentary about their predictions, when found to be way off the mark. In looking back at our comments in our newsletter this time last year, it appears little has changed-Global worries around  trade wars, the Government here promising a lot but delivering little, Kiwibuild a mess,net migration still at historically high levels and a lack of clear direction from the Government still negatively effecting business sentiment.

However, 2020 promises to bring some change, with Presidential Elections due in the US, which may affect Trumps attitude to China, but probably not his tweeting, and elections due here in November, and our Government sitting on a large surplus. This Government, some members particularly, has been very forthright in stating they will financially reward those who support them, and latest statistics indicate business sentiment has improved slightly off historically low levels.

Somewhere to go when the Bank says No! – Which appears to be the current norm!

In our April newsletter” An Ever-Changing Financial Market” we highlighted the then NZRB statements signalling their idea of our Banks having to increase their capital reserves by between 20-60% over the next five years, and the unlikelihood that such equity would come from Australian parents, but rather from their NZ operations reducing their lending into the perceived riskier end of the market namely property development, bare land, self-employed borrowers, residential bridging loans, rural lending, progressive draw down loans of any type etc etc.

Whilst we at Global have been “banging on “for months now about the difficulty of getting any Bank finance, with the possible exception of targeted “ first home buyers” or existing residential clients on very large salary income, the current stark reality of success for clients/ applicants that are looking for Bank funding in the above categories  is extremely difficult and/ or  almost impossible. To add to that we have been advised recently that two of the big four Banks have now decided to refrain from all ‘Commercial property lending”. Furthermore, given their current margins and pending requirements for new equity it would not surprise us if one or two of them decide to sell their NZ operations in the months ahead- “fake news”, watch this space!

With continuing low interest rates and consequential low term deposit rates, their margins have become extremely thin to cover their costs let alone make a profit. If the RBNZ sticks to its proposals, due to be announced next month, all NZ banks will collectively have to find approx. $20b in new equity over the five-year phase in period, with the big four Australian owned Banks accounting for approx. 90% of this.

Global not only has access to the largest network of established non-bank and private lenders in New Zealand we have also recently been encouraged by a couple of existing players with new ownership and management structures promoting a more aggressive and liberal lending philosophy along with a broadened portfolio of products and lending options as demand in this market is growing steadily. New players continue to appear, with a Melbourne based financier completing some multimillion-dollar transactions in the NZ market, with most non-bank funders sitting on good levels of liquidity. We are also actually starting to see rates/fees in this segment of the market ease back, with it now possible to fund at interest rates of 3-4% over bank rates.

As always to obtain funding it’s a case of knowing where to go, the criteria our specialist funders are looking for and a proper presentation being the key essentials to success. In today’s market if we at Global cannot source funding for a deal, large or small, then nobody can.

Should you or any of your clients, colleagues or associates require specific non-bank finance, or finance of any description whether commercial, industrial, rural, development or “outside the box” residential, albeit within or outside the Auckland region, please call me any time on my mobile 021 987 550, or contact me via email. I will be happy to give you a free assessment of what we can achieve, the best way to structure it and the likely cost. Global is predicting an active run up to the Xmas break, as enquiry appears solid. We would like to thank you for your custom during 2019 and hope to be able to assist you in 2020.