Has The Tide Turned!

Home > Business  > Has The Tide Turned! 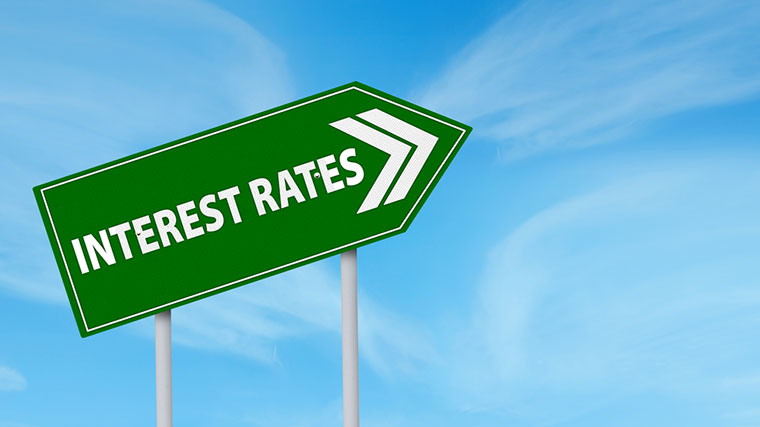 12 Jul Has The Tide Turned!

“Political changes and reforms do not usually favour the general populace they benefit those who are positioned  to best organise and advocate for their policies”
Joel M. Miller

Economists now seem united in their calls that interest rates will rise strongly within the next 12-18 months, a scenario which has not occurred since pre GFC times. This is a worldwide phenomenon as central banks remove the stimulatory tools and economies bounce back from the Covid slow downs. As economies expand again the issues around product supply and delivery will only increase, and increased prices will have a flow on effect to inflation, with the current world wide debate as to whether it be “temporary or permanent“

This Countries opening up to the rest of the World could still be some way off, as our vaccination program staggers along, the emergence of the Delta variant and what has happened to our neighbors in Australia, who now apparently have cases of the even more ultra- infectious Lambda variant, will see the Government take an even more cautious approach.  A decision which the majority of New Zealanders seem to agree with.

However we need to realize that Covid is not going away, at least in the short term, and as a Country we need to put in place the tools to live with it, primarily a very high level of vaccination, having been told that 85% of our population should be vaccinated before border rules can be relaxed and 14 day quarantines will not be needed. with currently only 8% of the population having had at least one jab. The Government continues to advise that everyone will be offered vaccine by the end of 2021.

Perhaps fully vaccinated people could have different rules under level adjustments or under travel bubbles and lockdowns, as is starting to happen in other countries. Having only had a one approved vaccine policy until recently perhaps we should have paid Pfizer a small premium for early delivery back in January 2020 which could have avoided billions of additional economic costs.

As regards quarantine and the absence of a “pay before stay” system we have currently approx 14,000 people who have not paid for managed isolation and quarantine with debt collectors expected to be needed for 40% of returnees who currently owe some $30m.

Predictions are that the Reserve Bank will raise the OCR by 1.5%-2.0% over the next couple of years, with the first adjustment as early as late 2021, which of course will flow through to mortgage rates. Will this dampen a still hot property market, and who will be most adversely affected by this? New Zealand’s and world growth is being propped up by printing money, which has helped fuel, an exploding  housing market here, although trying, moves to date don’t appear to have had a dramatic effect on demand or prices, with the view from economists being mixed as to whether higher interest rates will bring any price reductions . They are however in agreement that it will bring a slowing of price increases. Obviously, mortgage rate increases will effect the highly leveraged the most, the majority of which are the 1st home buyers.

With governments across the developed World having stepped in and printed money to protect incomes, the hardship has fallen disproportionally on flexible, low-income workers and young people most of whom do not own their own home. Hence the world-wide run-away house prices creating not only a problem in terms of financial stability but a huge socio-economic problem which has further disadvantaged those that rent.

Our Government has broken with orthodoxy by adding a clause to the RB mandate to take house prices into account when setting monetary policy, whilst at the same time ironically blocking a select committee from looking at how top officials forecast house prices despite a cross- party group, including the Green’s, supporting the idea.

New Zealand business surveys indicate that most are positive about their futures, with the main exceptions being tourism-based business, international education and seasonal primary industries. The strong labor market, and predictions that unemployment will drop further to near 4.0%, is a concern for business , particularly as one of this Countries largest employers, the tourism sector , is operating on skeleton staff numbers at the moment. When this industry starts to gear up we will find labor shortages an even larger issue than they currently are, having recently heard a  number of restaurants are having to close their doors due to a lack of staff.  The Government will have to look to open the borders, just as they have announced a border exemption for 300 teachers recently. An unemployment rate of around 4.0% is classified as the unemployable, ie those who don’t actually want to work. The other concern for this Country is the strength of the Australian economy and their demand for workers, which will result in New Zealanders being targeted to move to Australia.

The Covid upheaval and resultant worldwide demand for product, as economies emerge from lockdowns, has resulted in issues with both product and freight delays. The prices and demand for this Countries primary produce is obviously a good thing, but the flip side is a shortage of imported materials, whether that be building products, cars, electrical appliances etc, and it looks like this will only get worse. Developers, for example, will need to factor in potential product delays when calculating build times, and particularly presale sunset dates.

It appears in the last month or so that the media are starting to ask some hard questions of the Government, as there are a number of agendas that Labour are quietly looking to progress behind the scenes. Unfortunately, the major opposition party still appears in disarray, and most of the mantle of opposition is being driven by David Seymour. The plans around imported petrol/ diesel vehicle tax’s, including utes, proposed Maori co-governance, governance & ceding of rights/ownership to water, a new edict that 5.0% of all government contracts must now be let to a Maori owned company, need to be out in the public arena, rather than progressed by stealth. An effective opposition help bring these issues out for the public and media to comment on, perhaps we need Winston back.

The financing markets are still active, with the non-bank markets competitive. We have recently obtained terms from another Australian based funder, that are very competitive in comparison to the offerings from the NZ based development funders. We are also finding the mainstream lenders are currently incredibly slow with their approvals, and then once you get the approval, the satisfaction of conditions and meeting AML requirements quite onerous. Delays with associated professional body’s including valuers, Council’s, QS’s etc in the current “hot market” are also contributing to additional holding costs, and in some cases lost purchase opportunities.

The non-bank lending space is now seeing interest rates creep back, with Global achieving interest rates in the 6.0%-8.0% for well secured loans. A number of our funders who attract investment funds to on lend are being swamped by investors who are looking to obtain higher returns than the 1.0 %, and dropping, rates offered by the mainstream banks. The confidence that asset prices aren’t going to crash means that some of the non-bank funders are prepared to be quite aggressive in the positions they will take particularly in the greater Auckland market. Global continues to have access to the largest pool of non-bank and private lenders in New Zealand. click here

‘Remember it is free to talk to us, so if you or your clients want a view on a transaction, and idea on pricing, don’t hesitate to contact us.