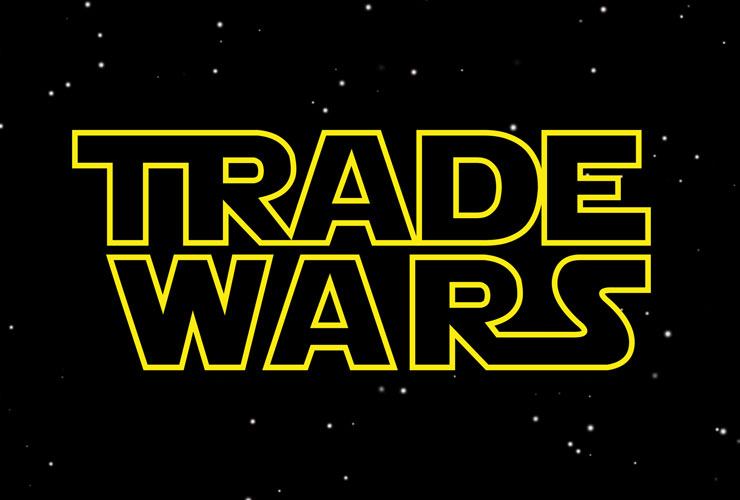 10 Apr Under the Shadow of a Trade War!

Under the shadow of a trade war between two of the world’s largest economies and a local Government looking to introduce or increase, dependent on your political leanings, a number of taxes to pay for an ever-growing list of expenditure promises, I thought I would start with a list of the 5 most famous economic quotes, as per Google –

The Reserve Bank is maintaining the steady as she goes attitude, however it will be interesting to see how the recently announced amendments, via the Policy Targets Agreement (PTA), to their performance criteria effects their actions going forward. The PTA maintains the inflationary targets of 1.0%-3.0%, however puts an emphasis on inflation being maintained at closer to the 2.0% midpoint. The new Reserve Bank Governor, Adrian Orr, has signed in the amended PTA an addition which puts the onus on the Reserve Bank to contribute to supporting maximum sustainable employment within the economy. The New Zealand economy has been operating in the historically unusual environment of strong GDP growth coupled with low inflation, low unemployment and historically low interest rates, in a strong rising property market. We have a Government which campaigned prior to the Election on reducing immigration, and employers openly complaining of an inability to find staff for jobs, coupled with an historically low unemployment rate of under 5.0%, which most economists state is down to the level of unemployable, or people who don’t want to work. The Reserve Bank have been forced to retain a low cash rate in an attempt to create some inflationary forces to keep inflation within their targeted mandate of 1.0%-3.0%, and also introducing a number of bank lending ratios to reign in a rampant property market, which could start to be relaxed over the next couple of months. The recent introduction of an unemployment target range, though not publicized, must introduce an element of them needing to create economic stimulus to assist with jobs growth, at some point in the future, resulting in an even lower cash rate. The issues for the Reserve Bank are that a lot of factors affecting our economy and as a result the unemployment rate are out of their power of influence, such as potential interest rate hikes by the Fed in the US, the effects of a trade war between the US and China on both the World economies and our economy, plus as we have seen from the Christchurch earthquakes, natural disasters.

The lack of clear direction from the Labour Government, and their partners, on a number of issues such as immigration , offshore buyers ability to own and retain property in New Zealand, plus conflicting comments around future attitudes to oil exploration has resulted in a level of uncertainty remaining for both investors here and offshore investors, whether they be individuals or large corporates. This has resulted in economic activity increasing only marginally after the Election result, despite net immigration maintaining positive levels, as the wait and see attitude prevails.

The reduction in borrowing across all sectors, and the stabilisation of the NZ Bank subsidiary’s funding via their parent company’s in Australia has resulted in the local Banks being more aggressive in chasing business across all lending sectors. The relaxation of investor LVR rules should provide a shot in the arm to the investor sector, and release some of the demand on the non-bank lenders.

We regularly get asked about non-bank lending rates, so I thought it worth detailing this segment of the market.

Investor nominee lending – the removal of the solicitor’s nominee lending structure has given more flexibility to these lenders in the market. They are lending 1-3 years interest only at 7.5%-9.5%, with a 1.0%-1.5% fee, and dependent on the size of their book, we have funders able to look at transactions $5m +.

Finance Companies – there are a large number of these scattered around the Country, with some able to finance transactions of $15m+. Their rates vary considerably, but are generally between 8.0% and 12%, plus fees of 1.5%-3.0%, dependent on term and transaction.

2nd mortgage/mezzanine funders – again, there is a large variance in the market, from the smaller 2nd mortgage lender, seeking a return of 15% + fees, thru to the specialist mezzanine funder at 18% +, plus fees.

Offshore Investment funders – As mentioned in previous newsletters, these funders are wanting to look at transaction of $15m+, and are seeking returns of 14%-18%, plus fees of 1.5% +, dependent on whether it is a prime mortgage or mezzanine position.

We also have private funders and JV partners who will negotiate a rate dependent on the transaction.

Should you or your clients want to discuss an opportunity, please do not hesitate to contact us.