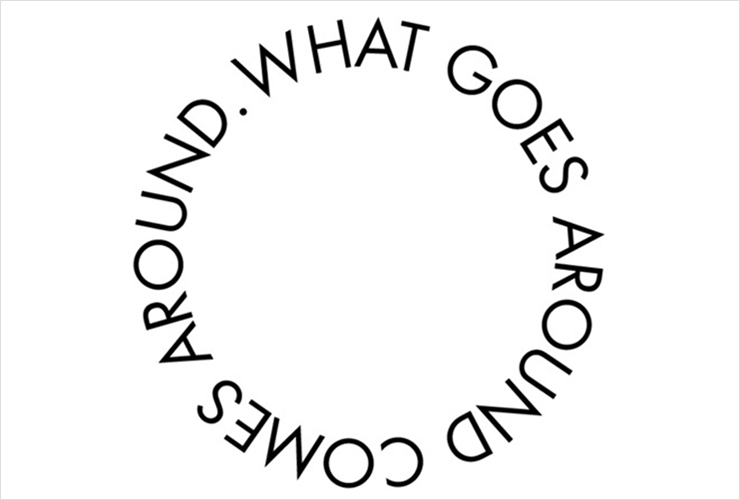 03 Jul What goes around comes around

In the 1890’s in the US, a young student decided to organise a concert to raise money, as being an orphan, he was struggling to pay his fees. He and a friend approached a great pianist, Ignacy Paderewski to play, and his manager demanded an appearance fee of $2000. The great day arrived, and unfortunately the boys had only sold $1600 worth of tickets. So, they handed the pianist the $1600 and a cheque for $400, which they promised to honour. Paderewski returned the $1600 and tore up the cheque and said to the boys, “Please cover your expenses and your course fees, and give me anything left over”. The boys thanked him profusely.
We all come across situations like this in our lives – and most of us think, – “If I help them, what would happen to me? “ – The truly great people think, – “ If I don’t help them, what will happen to them? “ – They do it because they feel it is the right thing to do.

Paderewski later went on to become the Prime Minister of Poland, which unfortunately during the World War, was ravaged. There were more than 1 million people starving in the Country, with no money to feed them. Paderewski didn’t know where to turn, so he approached the US Food and Relief Administration for help. The head at the time was Herbert Hoover, who later went on to become US President. Hoover agreed to help and quickly shipped tons of food grains to Poland.

A calamity was averted. Paderewski was relieved, so he decided to go and thank Herbert Hoover personally. Hoover however, quickly interjected and said, “You shouldn’t be thanking me Mr Prime Minister. You may not remember this, but a number of years ago you helped 2 young students go through College. I was one of them.”

As they say- what goes around, comes around.

The NZ financing markets are continuing to tighten, as the Australian parents enforce a regime of more capital needing to be raised in the local market. This will ultimately have the effect of pushing up deposit rates offered by banks to investors, as they chase capital, and in turn a flow on to lending rates. This despite inflation remaining low and the outlook for the medium term seeing that continue. The effects of the Banks tightening have already flowed through to the 2nd tier markets, as lending rates have moved up in this sector. Nominee rates are now in the 8.5%-10.0% range, whilst finance company lending on property is in the 9.0%-12.5% range. A number of the Auckland based lenders are now only looking at property transactions within the greater Auckland region, as demand for their funds increases, however we do have access to financiers who will fund outside main centres.

The Reserve Bank lending restrictions coupled with Bank tightening has seen residential sales numbers drop, with the last 3 months to May 2017 showing 20% less sales than the same period a year ago, however pressure on particularly Auckland property is starting to build again, as we see record immigration numbers coming into the country, and a slowing of new builds. It is therefore hard to see prices coming back over the medium term.

The positivity that the Emirates Team NZ America’s Cup win will bring to the New Zealand market, be that further construction around the Auckland Viaduct, thru to a new boom for the tourism, boatbuilding, hospitality and a number of other industries, has added further impetus to our strong economy. We must remember that prior to the last staging of the America’s Cup in Auckland, the Viaduct, now Auckland’s Restaurant Hotel hub, was an industrial area that housed a commercial fishing boat fleet, and without the “Special Event” status that the previous hosting enabled, it would probably still be that.

Global has now settled a couple of larger property transactions through Asian based investment funds, with more funds showing an interest to invest in our market. These funds are prepared to gear to 90% + of cost for quality projects, and will also look at joint venture structures. As we get more funds into the market here, we are confident that competition for good transactions will see their pricing come down from the current 14%-16% range. Though, if a developer can get onshore bank funding, the lower percentage of cost that our banks are now providing means there is normally a large mezzanine component, which can make a single mortgage at 15% attractive.

We also still have high net worth parties looking for projects to get involved with, plus a number of offshore buyers seeking off market development opportunities. Global has been involved in negotiating a couple of transactions to these parties over the past 12 months.